* 1993, NL
In the installations of Gladys Zeevaarders appear new shapes that have a strong connection to landscape-like surroundings. These unexpected forms make us presume that they have grown beyond human control. The viewer stumbles upon fictional ruins that instantaneously leave them in confusion and disorientation. Starting from zero in an intuitively driven process, Zeevaarders generates a situation in which nature, construction and deconstruction meet one another. Along the way, these different processes explore each other and change the perspective of the viewer. By the act of walking, searching and exploring Zeevaarders’ works, the viewer can unravel unseen narratives and give meaning to things. For her graduationwork, she worked together with Sophie Johns. You can find this project here.
www.gladyszeevaarders.com 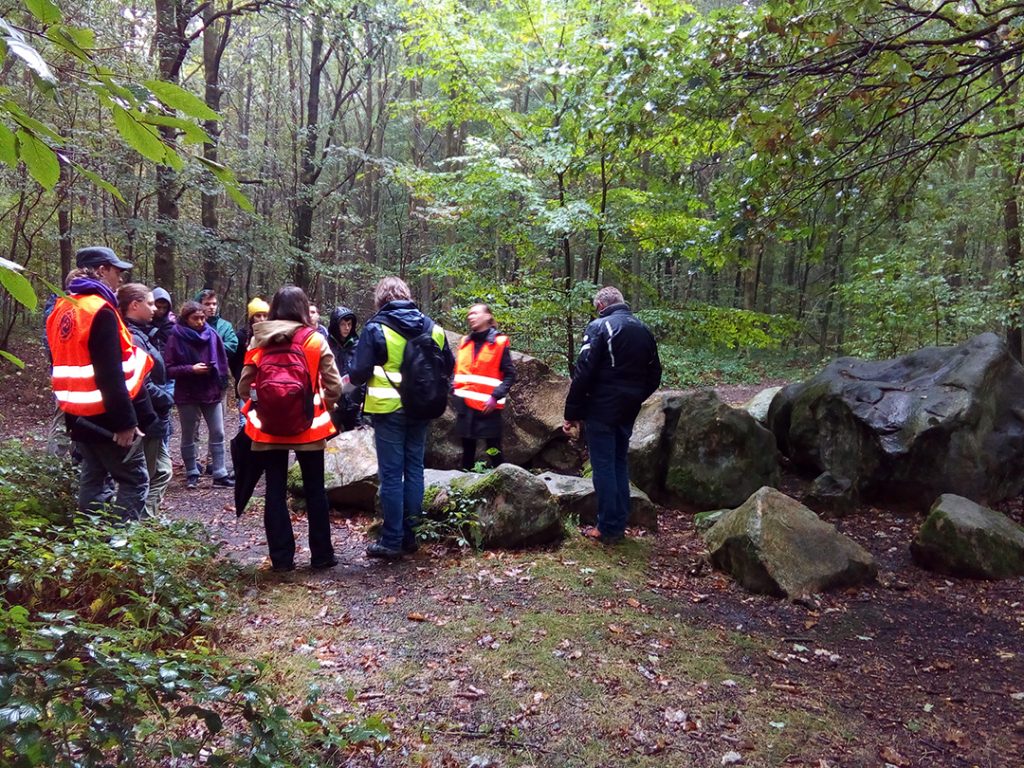 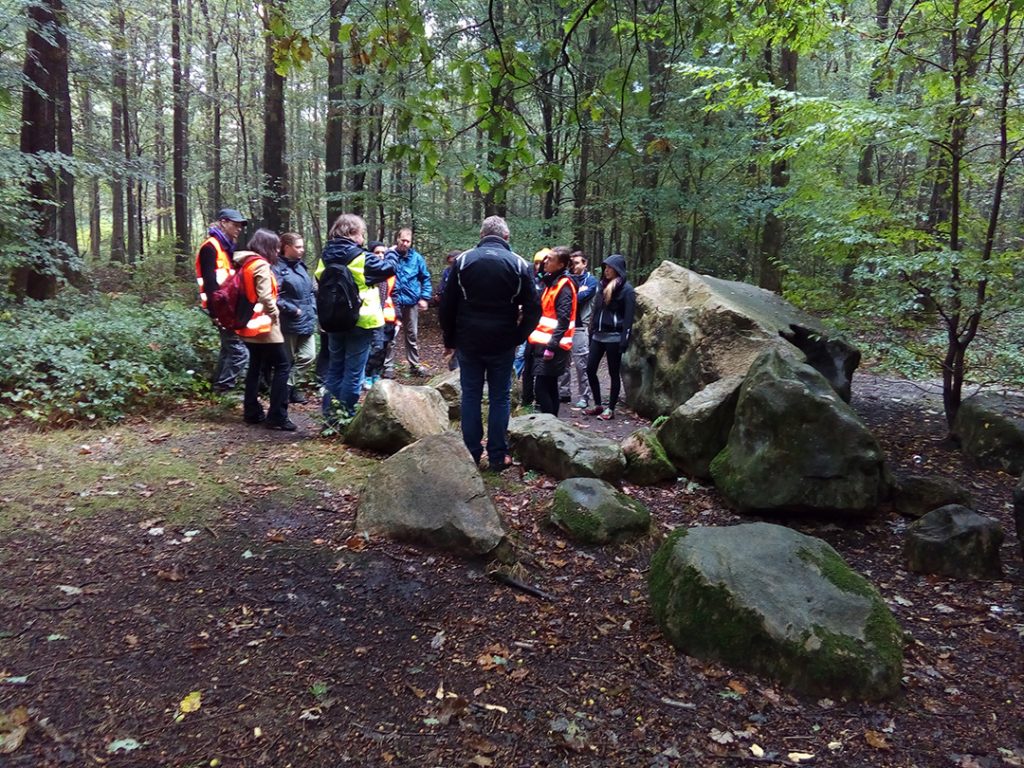 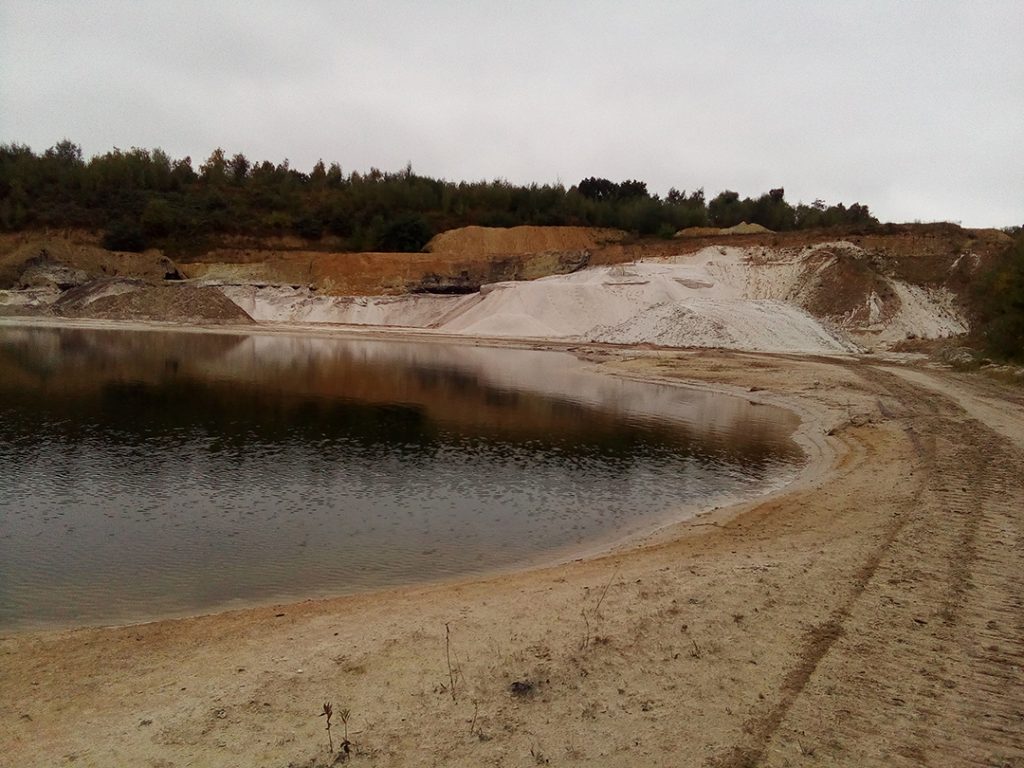 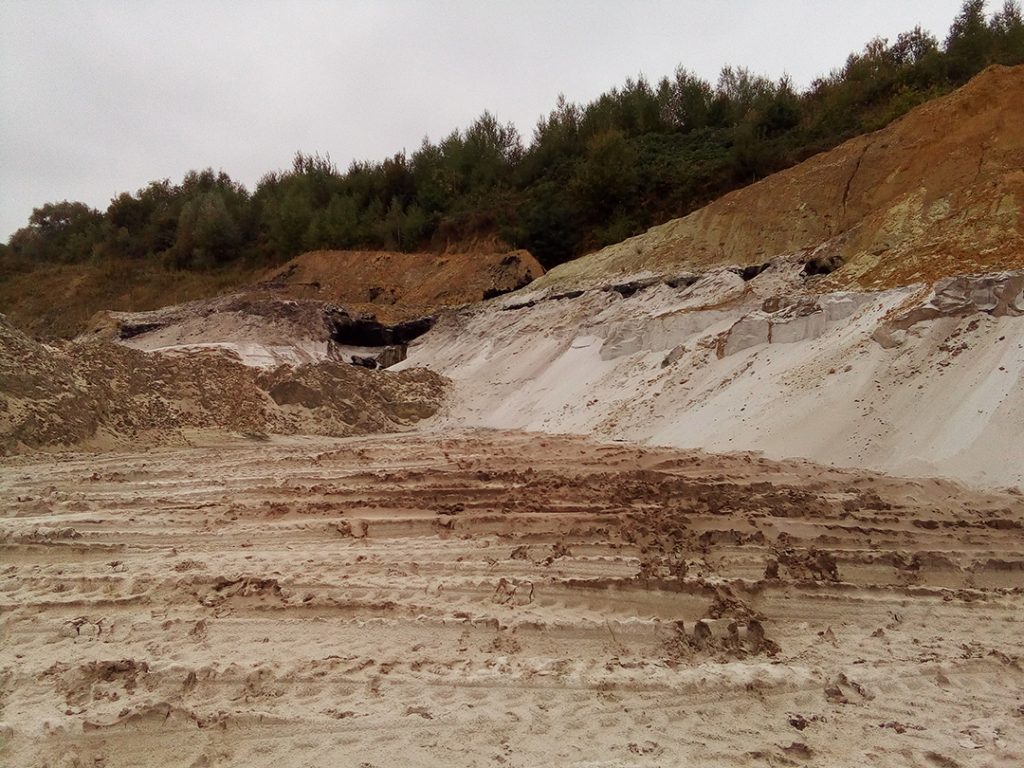 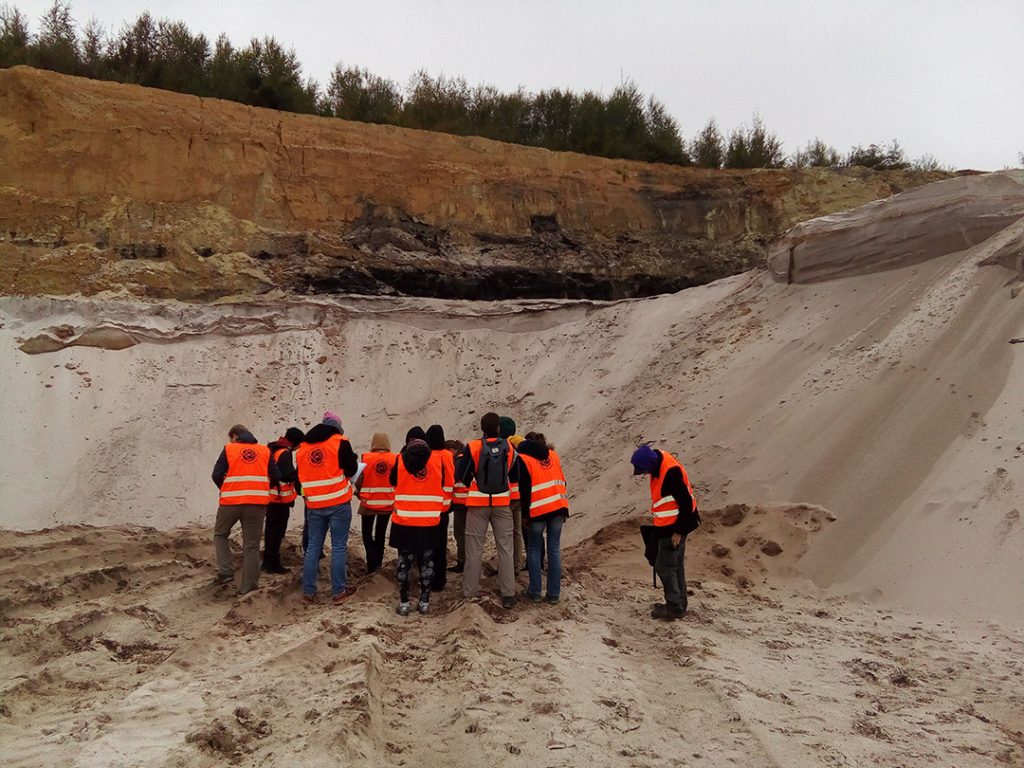 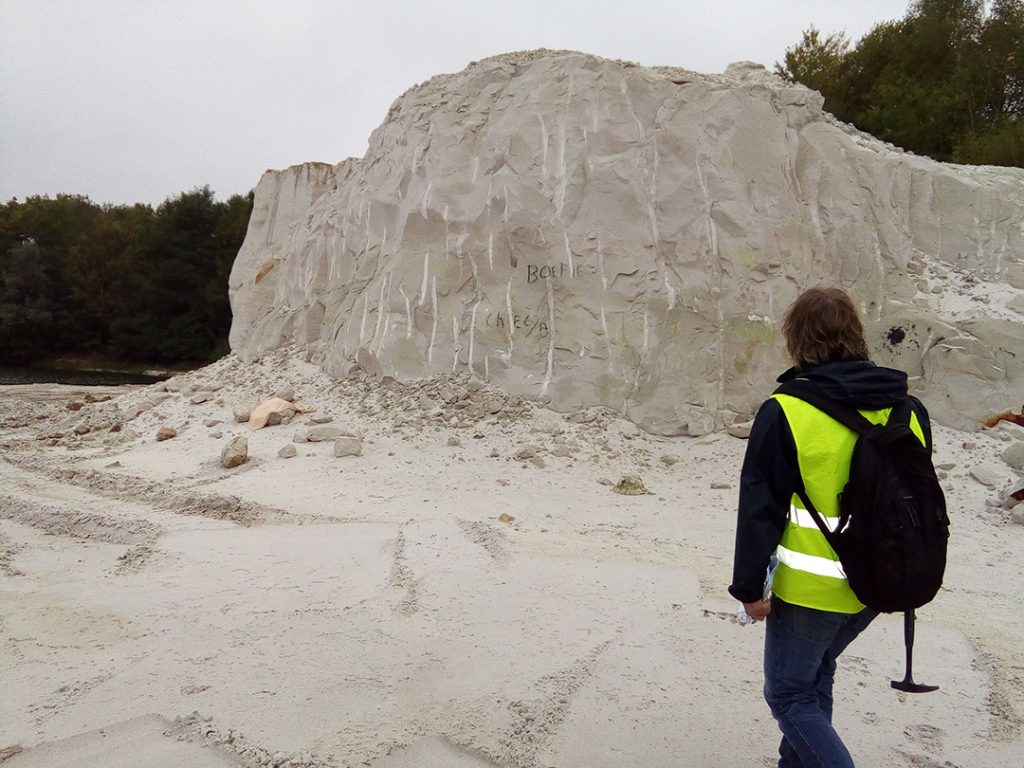 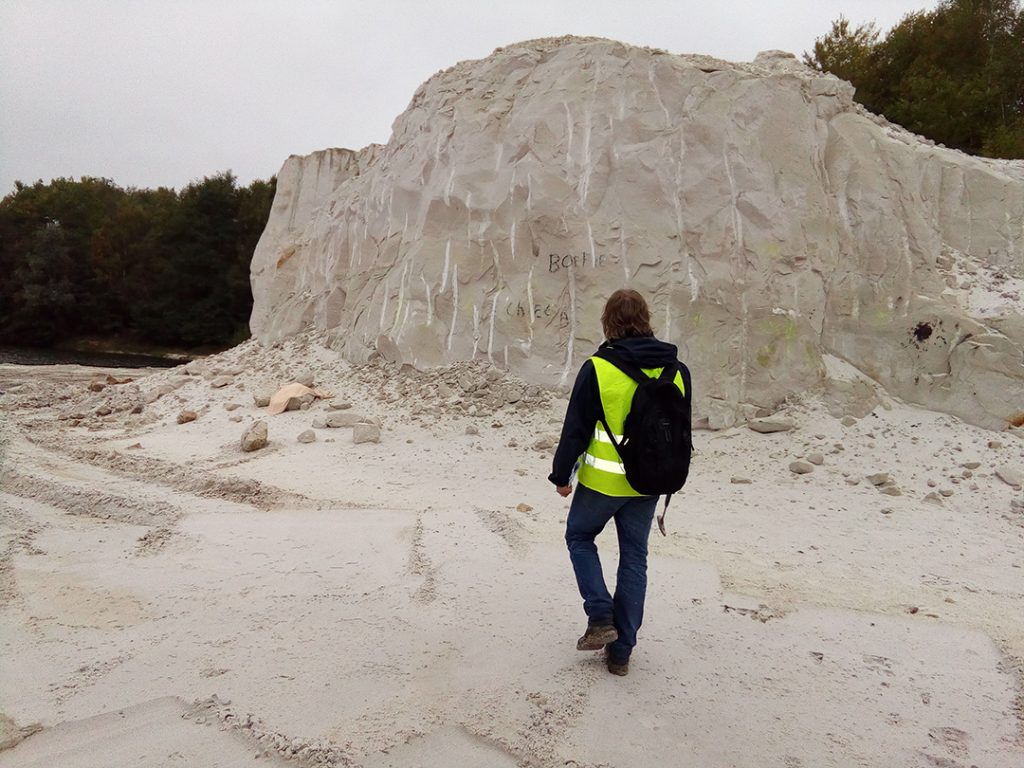 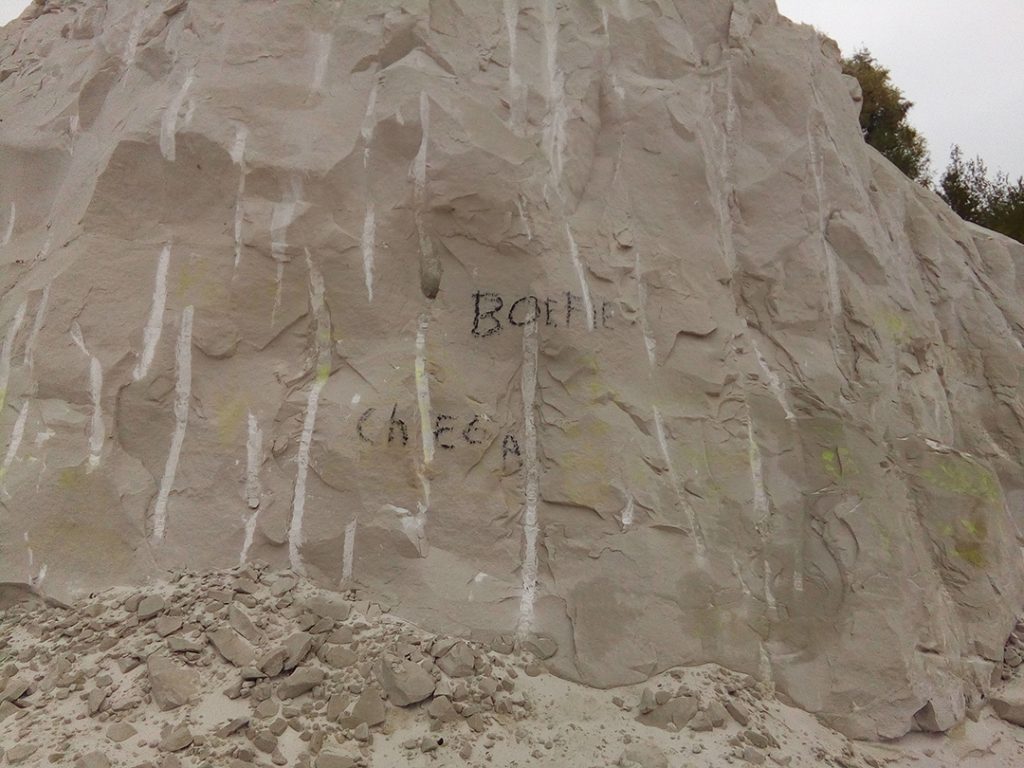 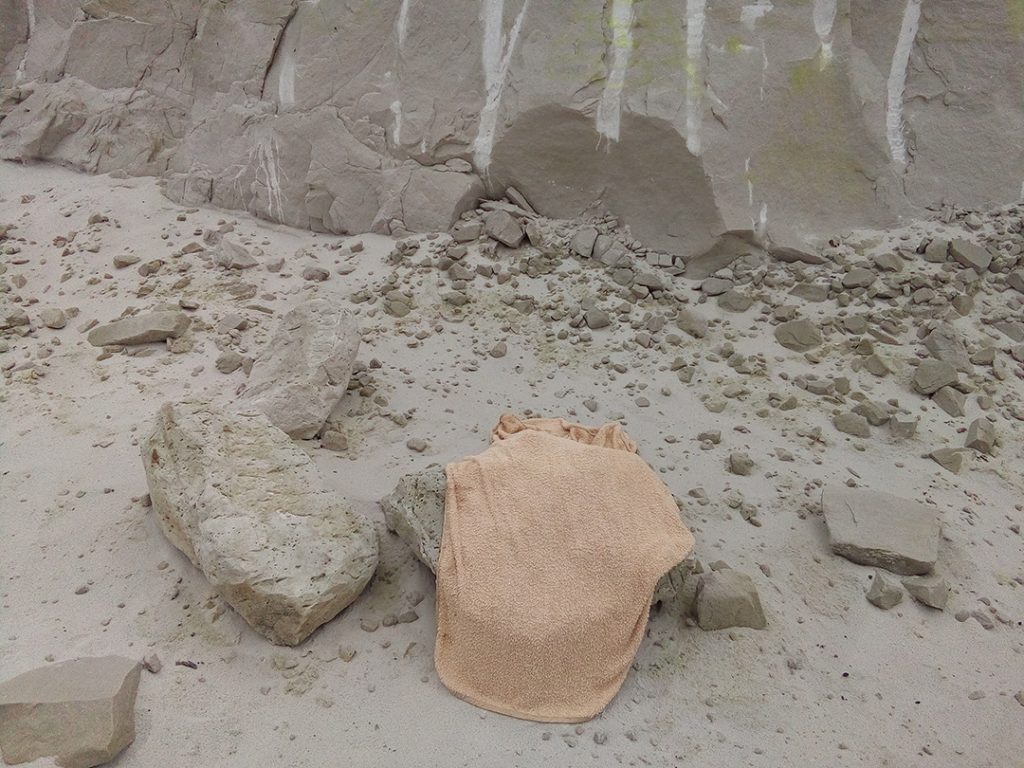 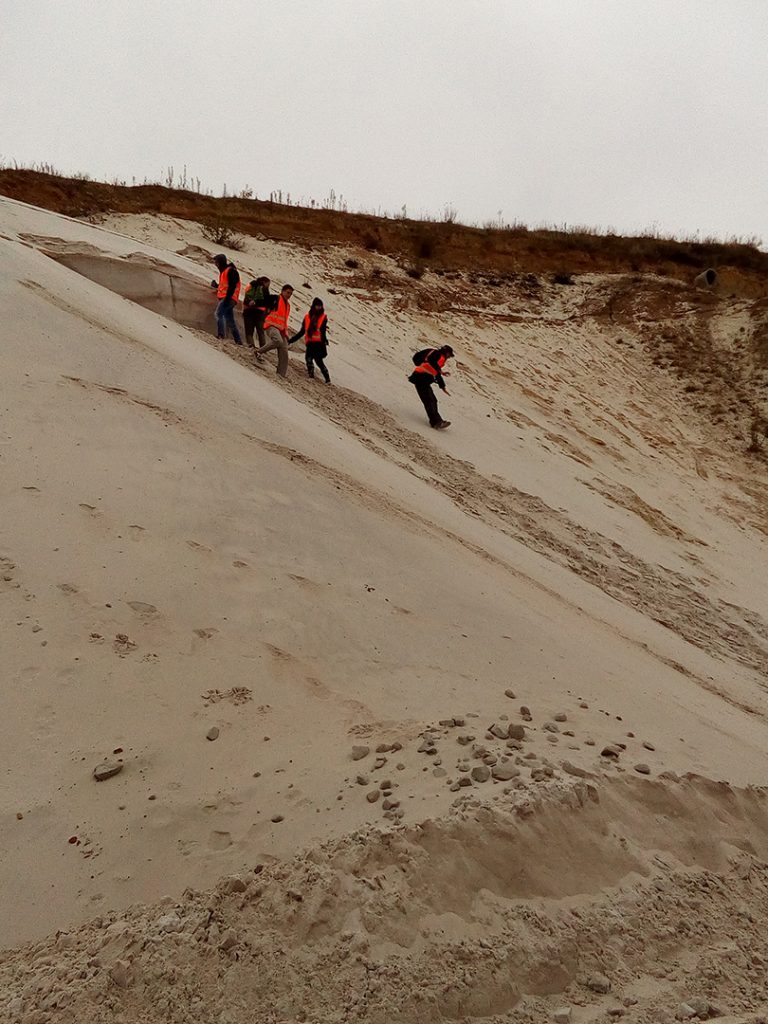 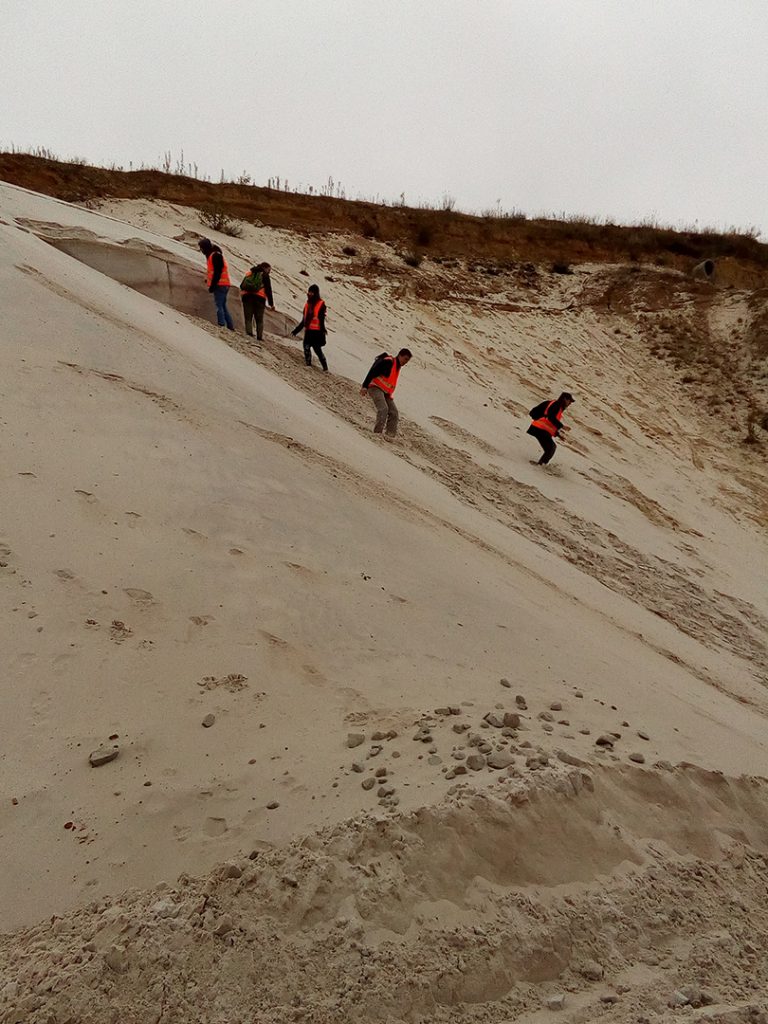 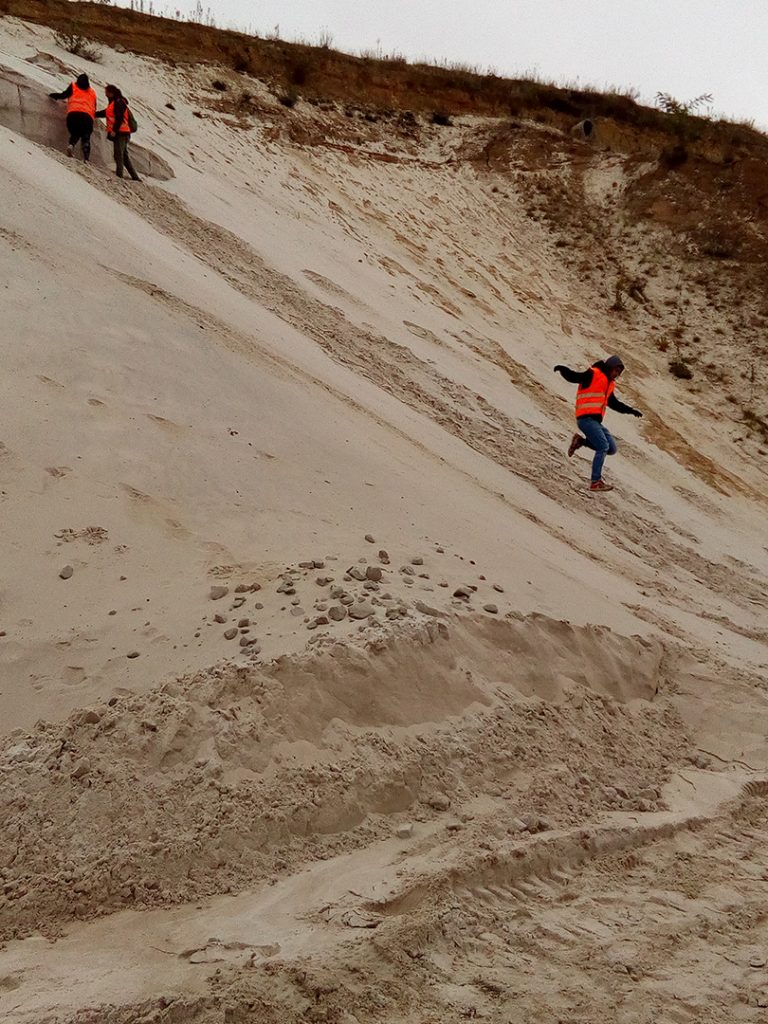 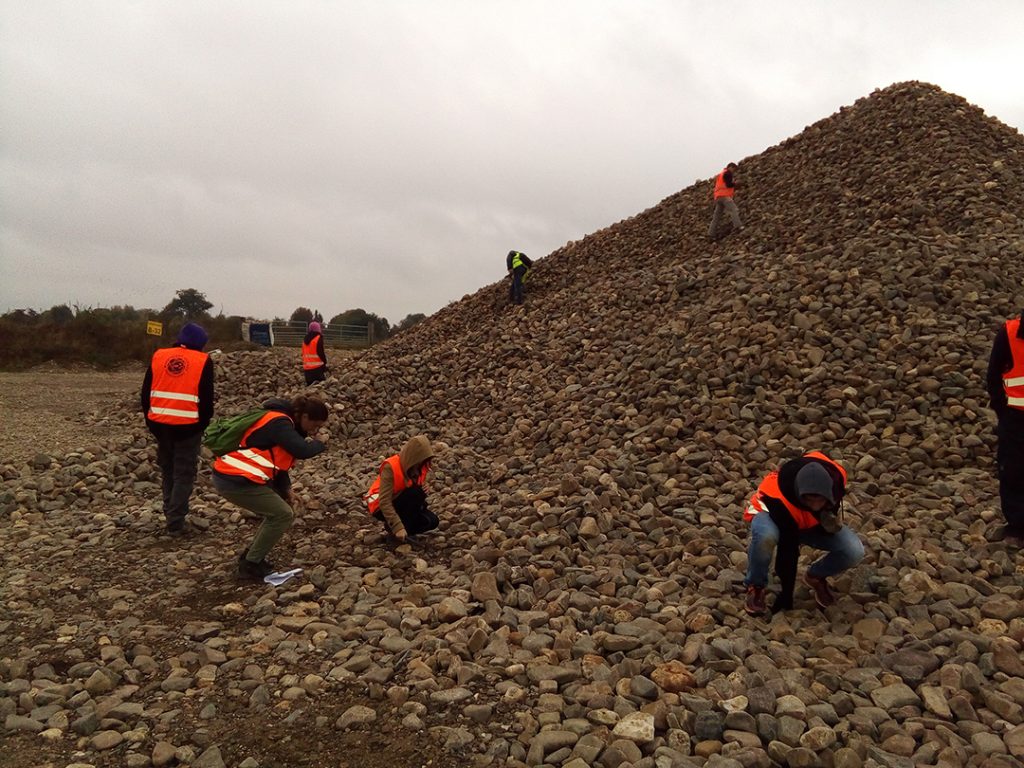 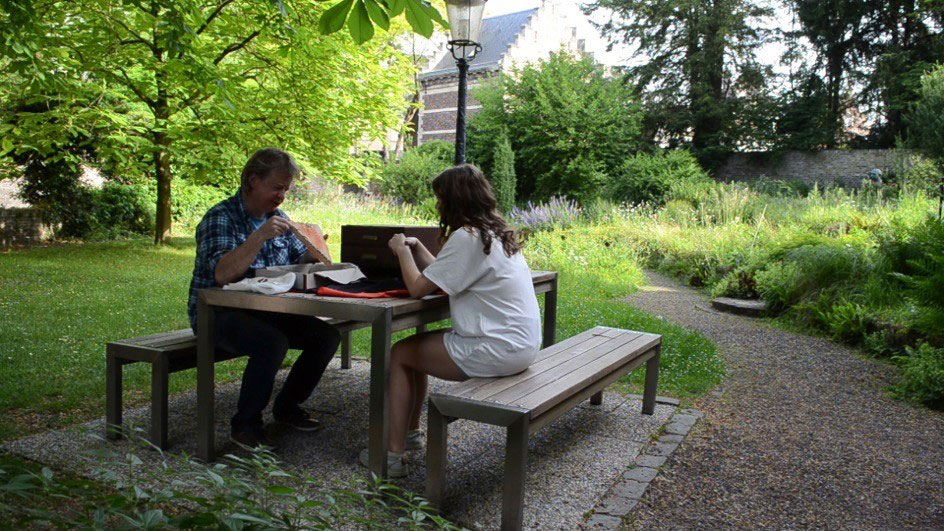 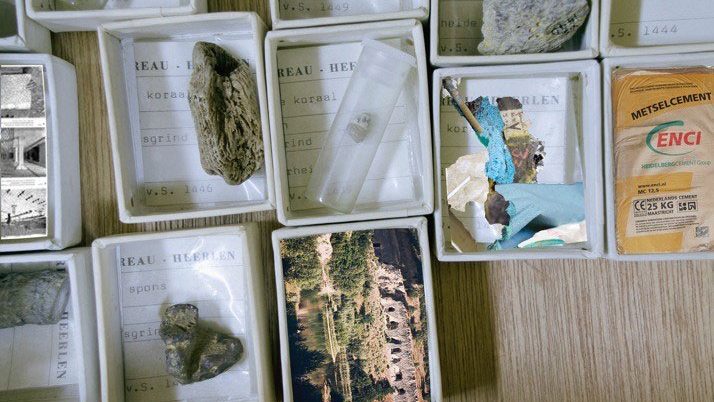 Gladys Zeevaarders collaborates with John Jagt, is conservator palaeontology at the Museum of Natural History Maastricht
John W.M. Jagt, born (November 17, 1960) and raised at Venlo (province of Limburg, the Netherlands), and living there to this day. After secondary school (Atheneum A; Blariacum College, Venlo-Blerick), English at Katholieke Universiteit Nijmegen (1979-1987), with added subjects Dialectology and Applied Linguistics (and first-rank teaching diploma). Shortly after out of work, but active as volunteer at the former Geologisch Bureau Heerlen where a palaeontological encyclopaedia was produced (unfortunately discontinued), and followed by a year of corrector at the newspaper Dagblad De Limburger (Venlo), partially also archival work (photography). From January 1991 employed (parttime, annual contracts) at Natuurhistorisch Museum Maastricht (collection management), and from 1994 to 2000 a joint job at the museum and oio (trainee researcher) via NWO and Vrije Universiteit Amsterdam. This resulted in a PhD dissertation*, defended at Vrije Universiteit in May 2000. Until 1998, on annual contract basis, curator of palaeontology at Maastricht museum, and from April 1998 in permanent position. High lights: discovery of Bèr in August 1998, the large travelling jubilee exhibit on 150 years of type Maastrichtian in 1999-2000, the discovery of Carlo in September 2012 and Lars in April 2015. Jagt is member of numerous national and international palaeontological societies, editorial staff member of a number of international scientific journals. Actively publishing in scientific journals and (semi-) popular magazines, delivering talks/lectures (in Dutch, German and English) at geological societies, guest lectures at universities (Utrecht, Maastricht, Amsterdam, Leuven, Opole, Warszawa, Bonn) and opponent at defecne of PhD theses in the Netherlands and abroad (Utrecht, Leiden, Koebenhavn, Leuven, Lund, Amsterdam) John Jagt is specialising in fossils of the type Maastrichtian of southern Limburg and contiguous areas, but also from elsewhere (Europe, North Africa, North America, Arabian Peninsula, Russian Federation), from the Upper Cretaceous and lower Paleogene, but also younger faunas of echinoderms (North Sea Basin). More than 200 new genera and species described, and 13 extinct species bearing his name. Other interests: nature, Roman civilisation, impressionism. 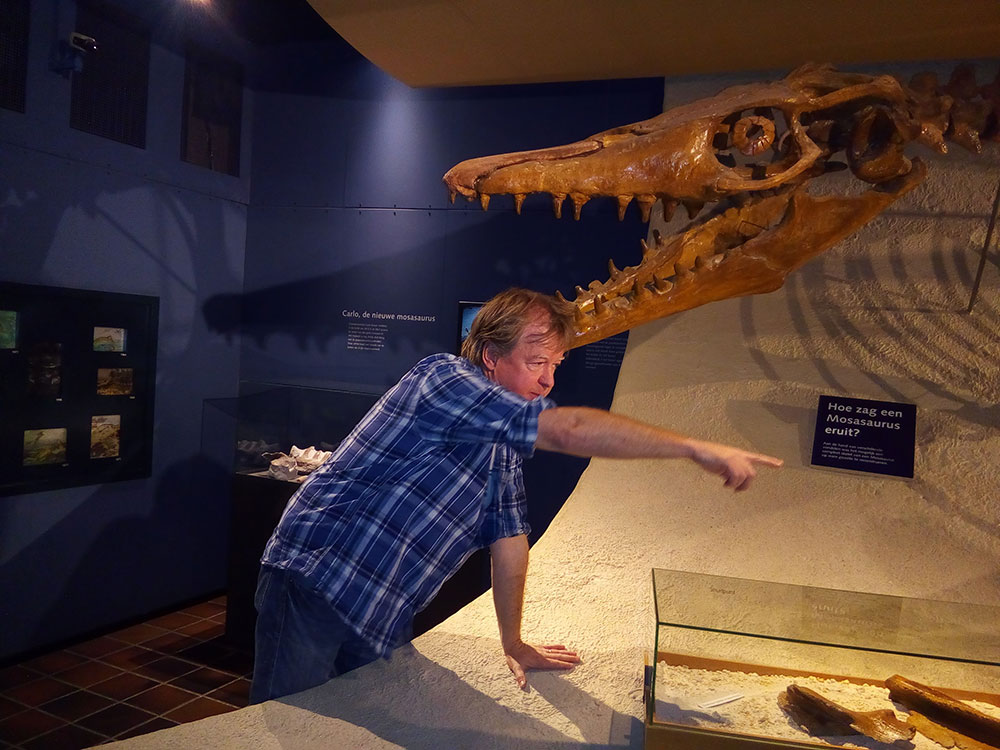