* 1994, DE
Miriam Sentler works within the fields of installation, video and artist publications. She is fascinated by the migration of natural and industrial objects and the human connection to landscapes, including how we treat the natural in light of practices of archiving, industry, and the colonial gaze. Sacrifice is a central topic in Sentler’s work, where she questions if we should sacrifice nature and our natural habitats to build potentially better but also potentially planet-damaging habitats.
www.miriamsentler.com
Starting from the transition zone between industrial and post-industrial area within the ENCI pit, Miriam has started an extensive research project into her family history, situated just across the boarder in the landscape of North-Rhine Westphalia, Germany. This place is home to the biggest lignite excavation site in Europe and it will seize to exist years beyond the closure of the ENCI excavation site. By situating her research in this other industrial landscape, Miriam aims to place the history of the ENCI area into a larger, euregional context, using her collaboration with ENCI-historian Martin Poesen as a mean to contrast her own activistic family history.

Both Miriam’s grandfather and great grandfather were excavators, and her great-grandfather was even employed by the local lignite industry. Due to the digging, a geographical hole was torn within the family history, which her grandfather tried to close by keeping the memory of ‘his’ disappeared village alive during his entire lifetime. After his death, Miriam inherited a book full with images of this disappeared landscape as a heirldoom. Her grandfather often said that ‘he was born within a lake’, expressing the severe changing of his geographical birthplace, which had been transformed into a lake by the lignite industry. With the artistic project, Miriam aims to highlight the conflicting feelings of guilt, pride and loss by the local inhabitants of the area. After all, the large-scale excavation of lignite has been carried out under the flag of progress, and the ENCI industry excavated a natural landscape to make the rebuilding of cities possible after the second world war.

The video and photo-work Morphing Matter is the first work in the series ‘Building an Archive of a Disappearing Landscape (2018-) and examines lignite from a microscopic level, showing a different facet of the material which caused the disappearance of over 300 villages in West Germany. While lignite looks brown and rather uninteresting to the human eye, enlarged 30 times it inherits a completely different appearance, causing it to look attractive and valuable. This appearance resembles the value which the industry, and we as a society, assign to it. Reacting to the negative and often disastrous media depiction of geo-traumatic and postindustrial landscape, the work confronts the viewer with the contradictionary ‘beauty’ of excavation sites, described as ‘majestic’ and ‘beautiful’, while also causing environmental disstress and groundlessness.

Together with neuroscientist Tycho Hoogland, a string of microscopic images of lignite was produced, resulting in a series of photographs. From the more zoomed-in samples, an unchronological loop video was made, showing the morphing from one piece of lignite into the next and the various ‘new landscapes’ which seem to emerge within the matter itself.

By projecting the video onto the white marl walls of the closed ENCI quarry, a contemporary exchange between two industrial materials is established. In these post-industrial surroundings, the work functions as a reminder; eventhough this industry is now closed, the lignite quarry just across the boarder keeps existing for many years to come. The marl and lignite form a splitscreen between past and future, light and darkness. Through the slowness of the video, the relationship with deep time is emphasized; only who takes the time to take in the changing of matter can get an idea of the enormous transformations happening in this landscape. 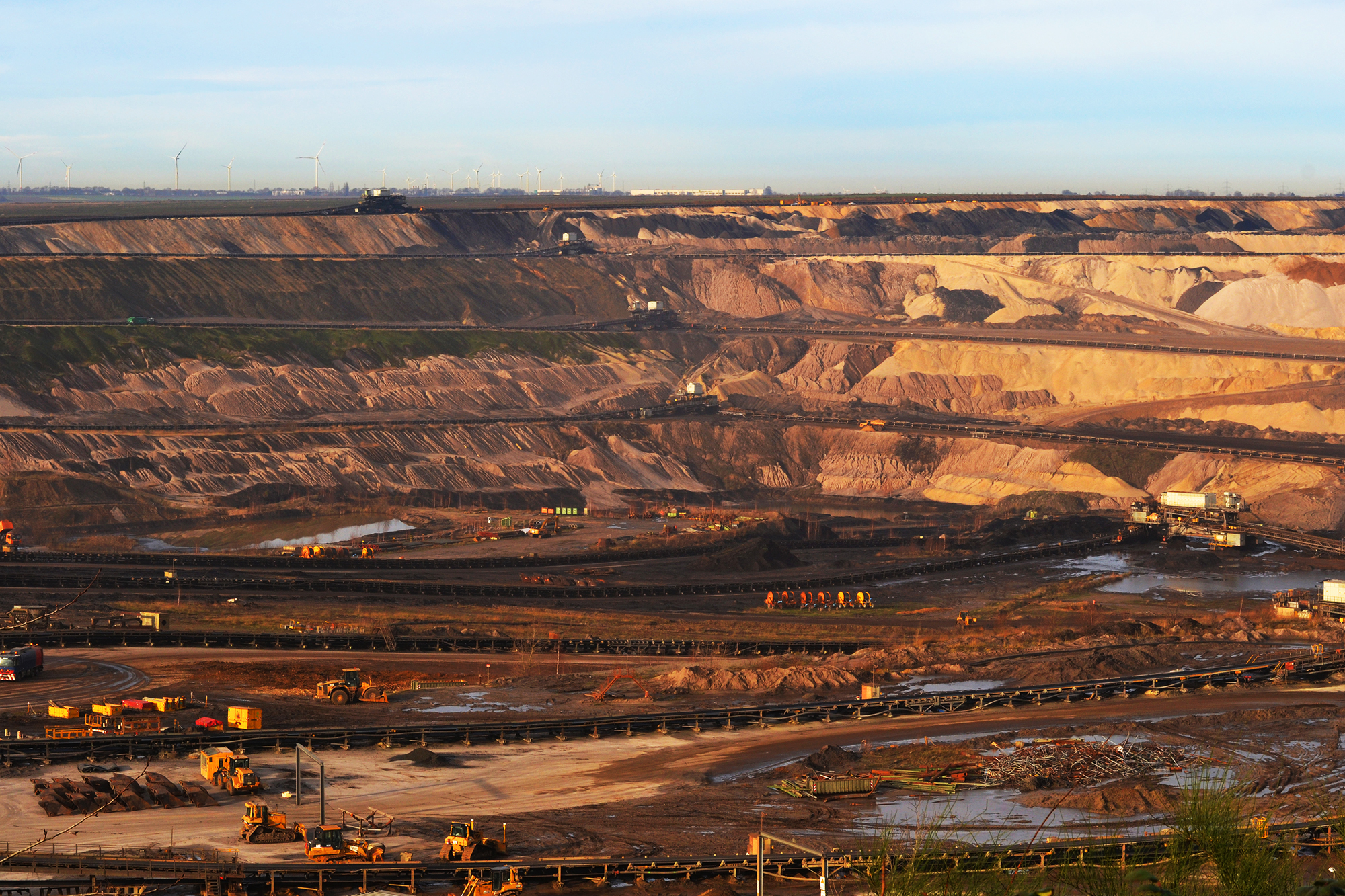 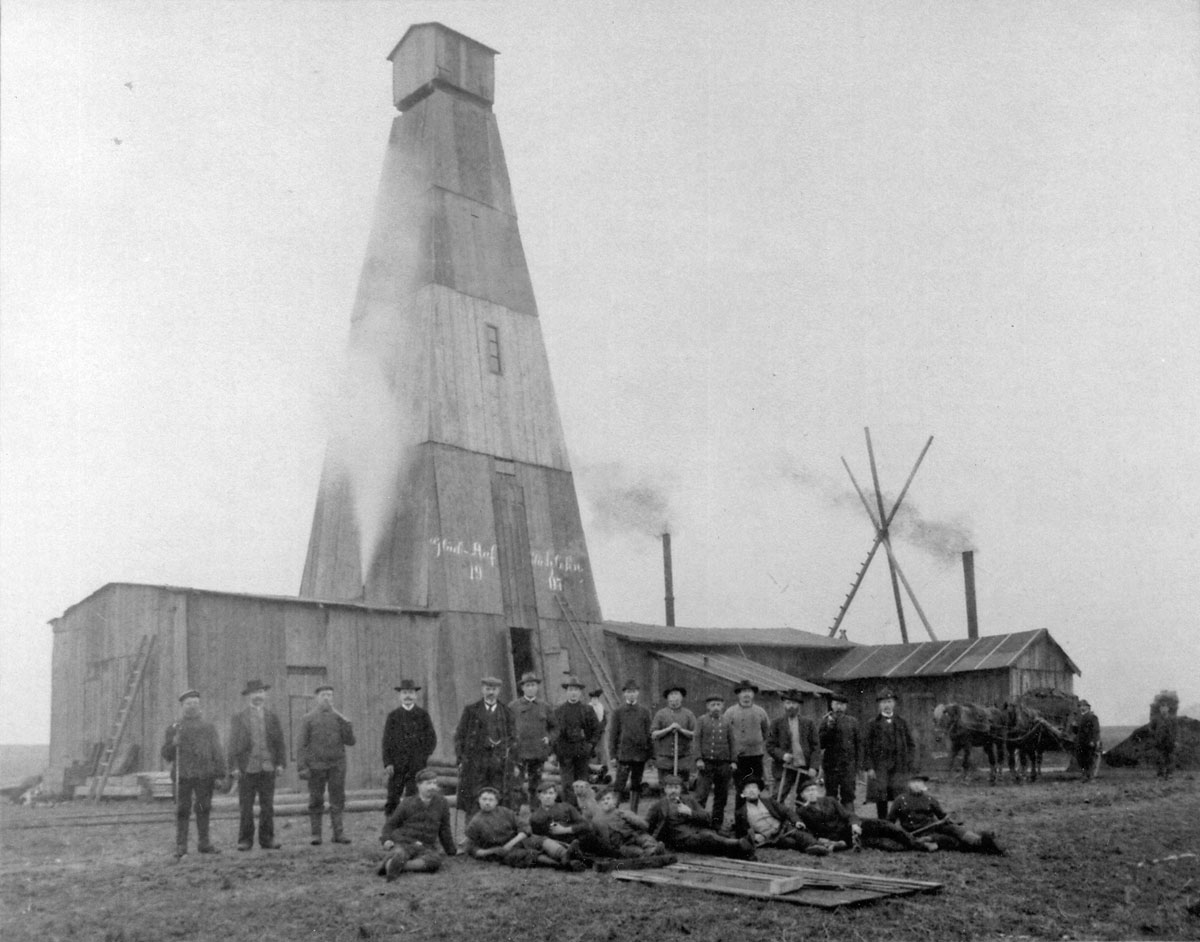 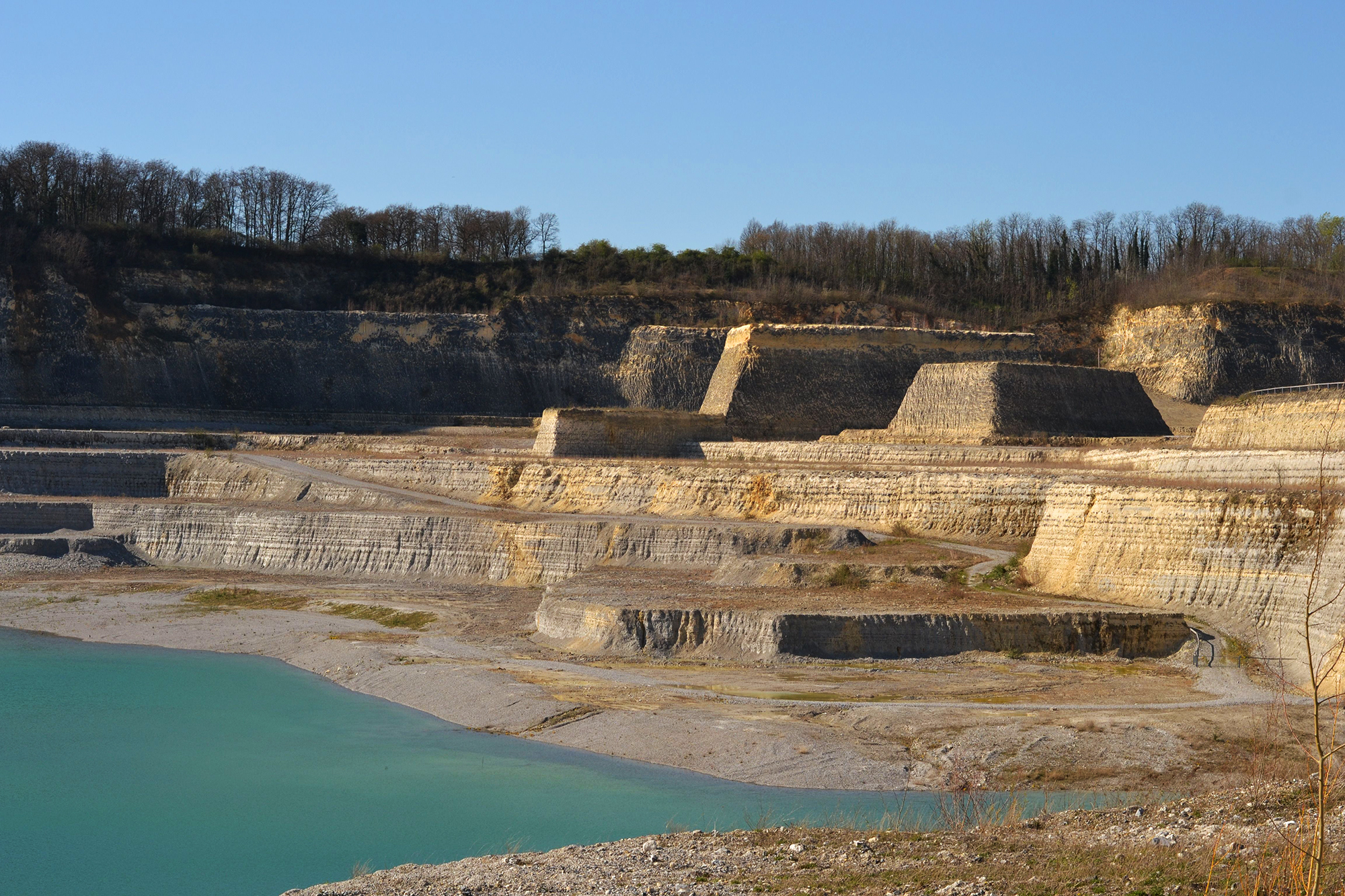 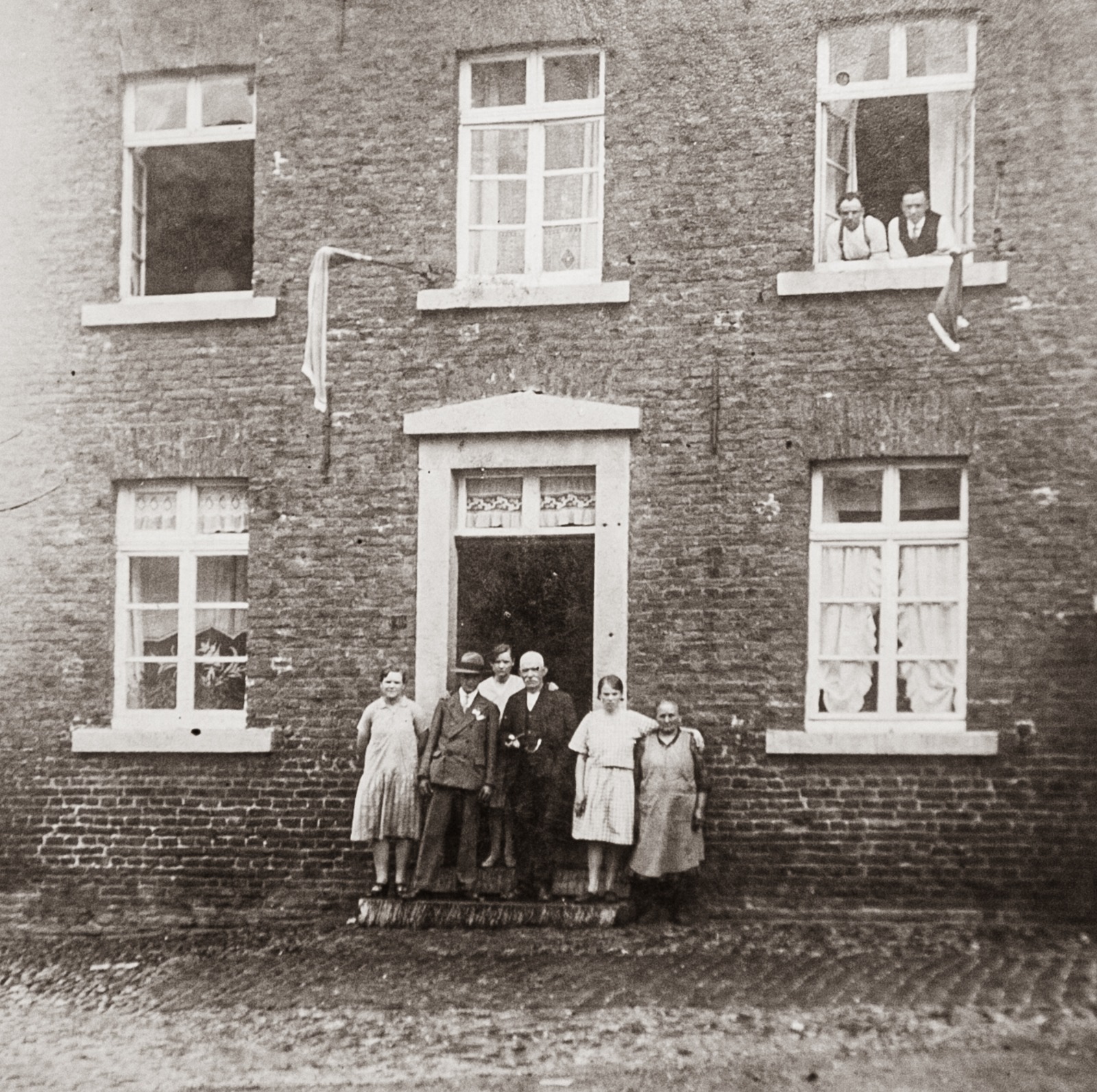 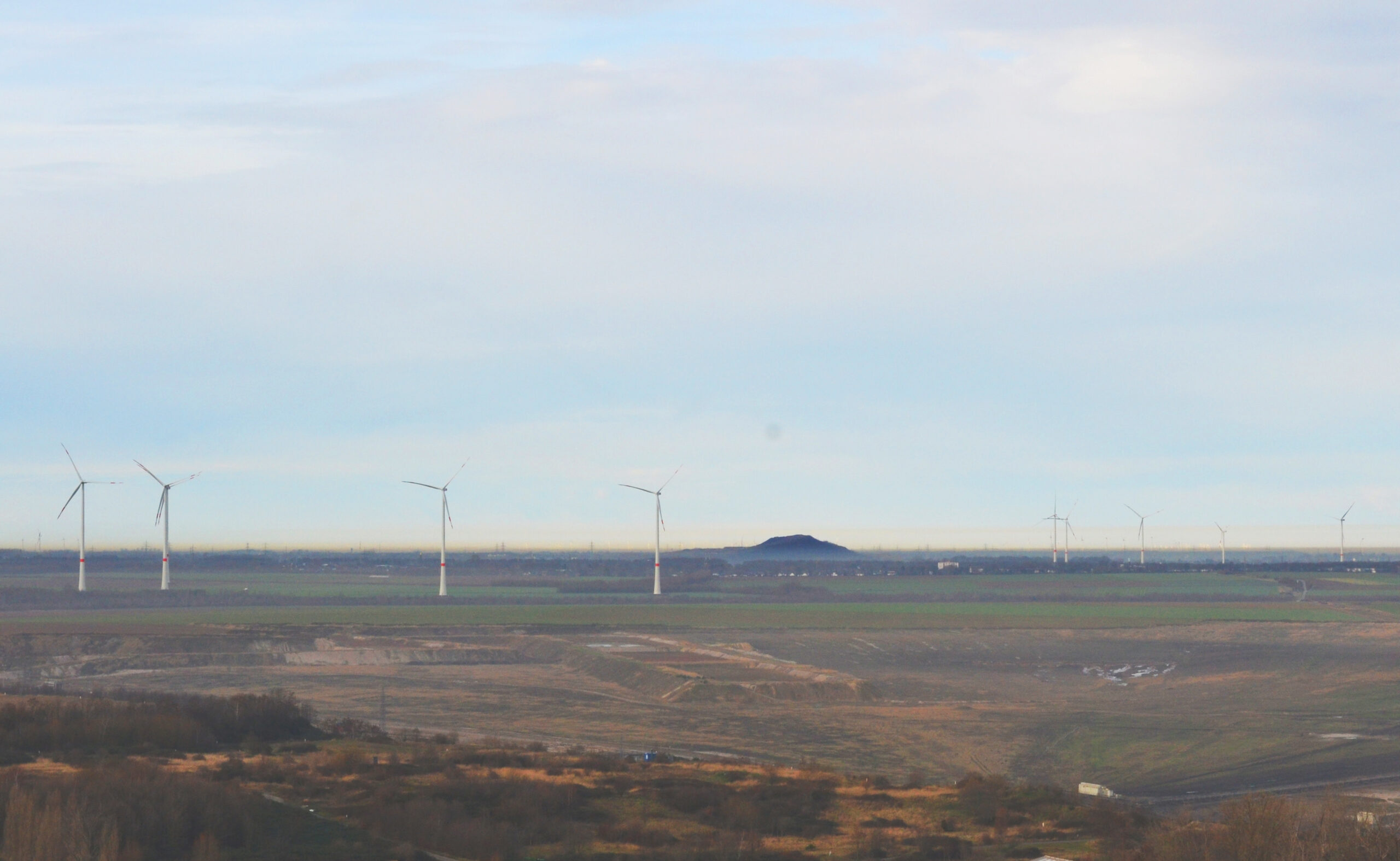 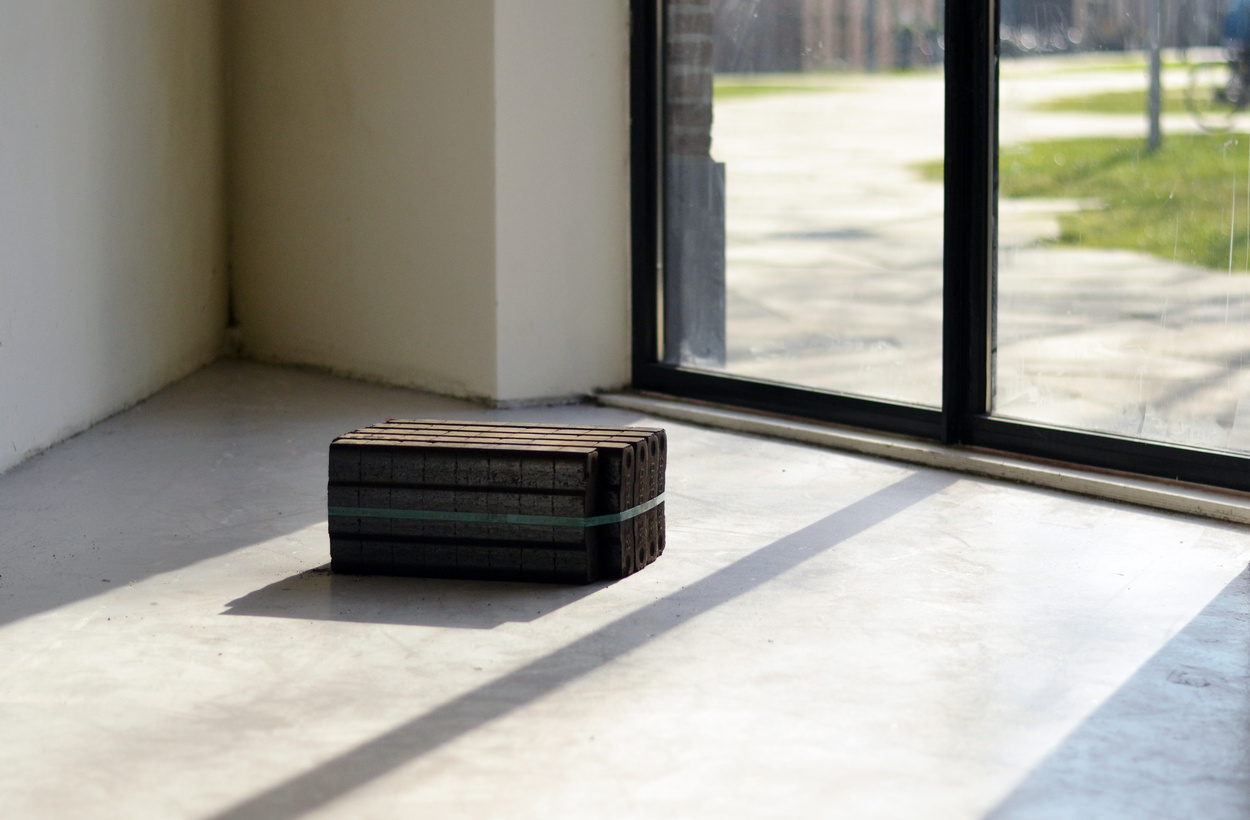 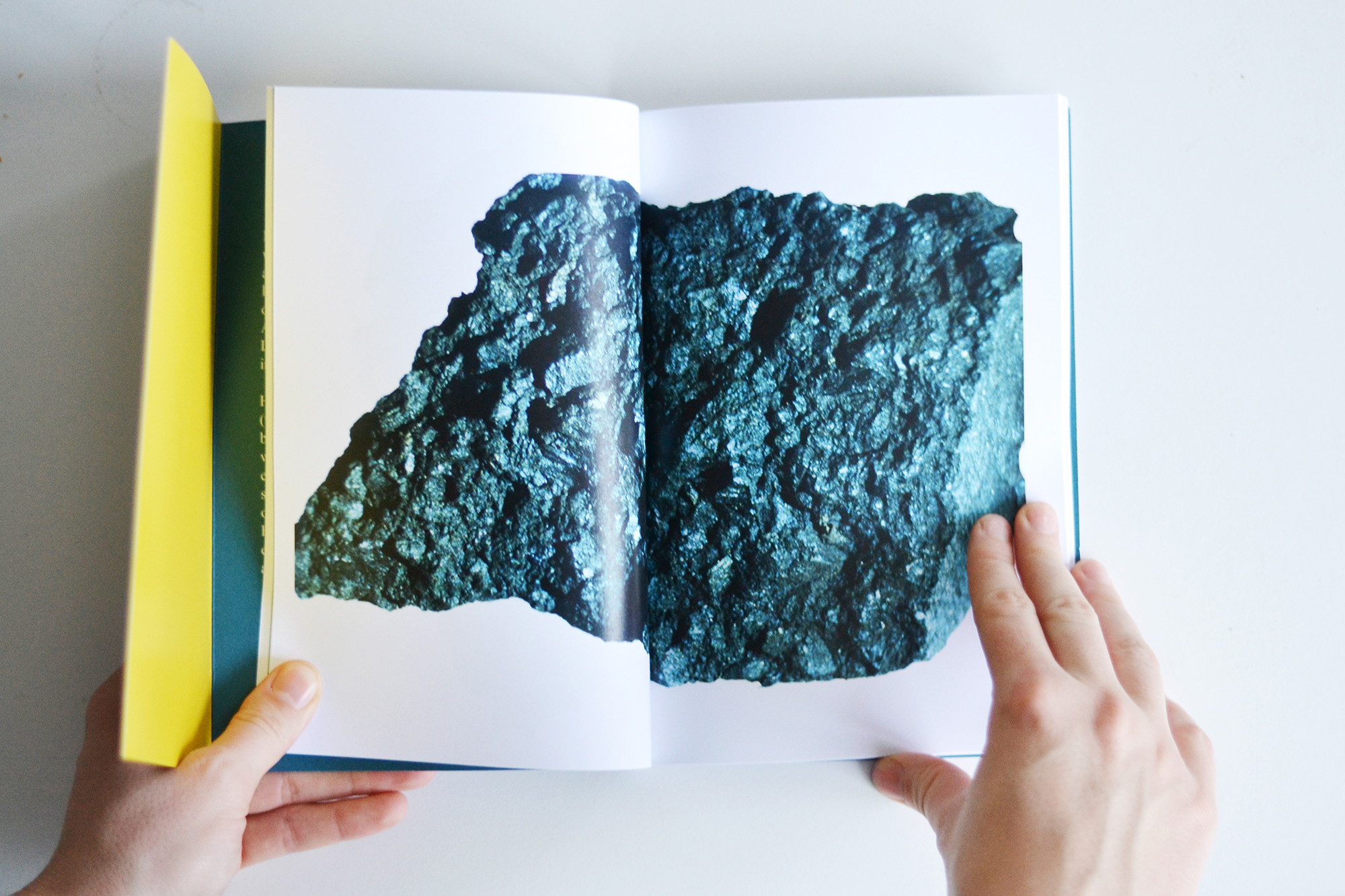 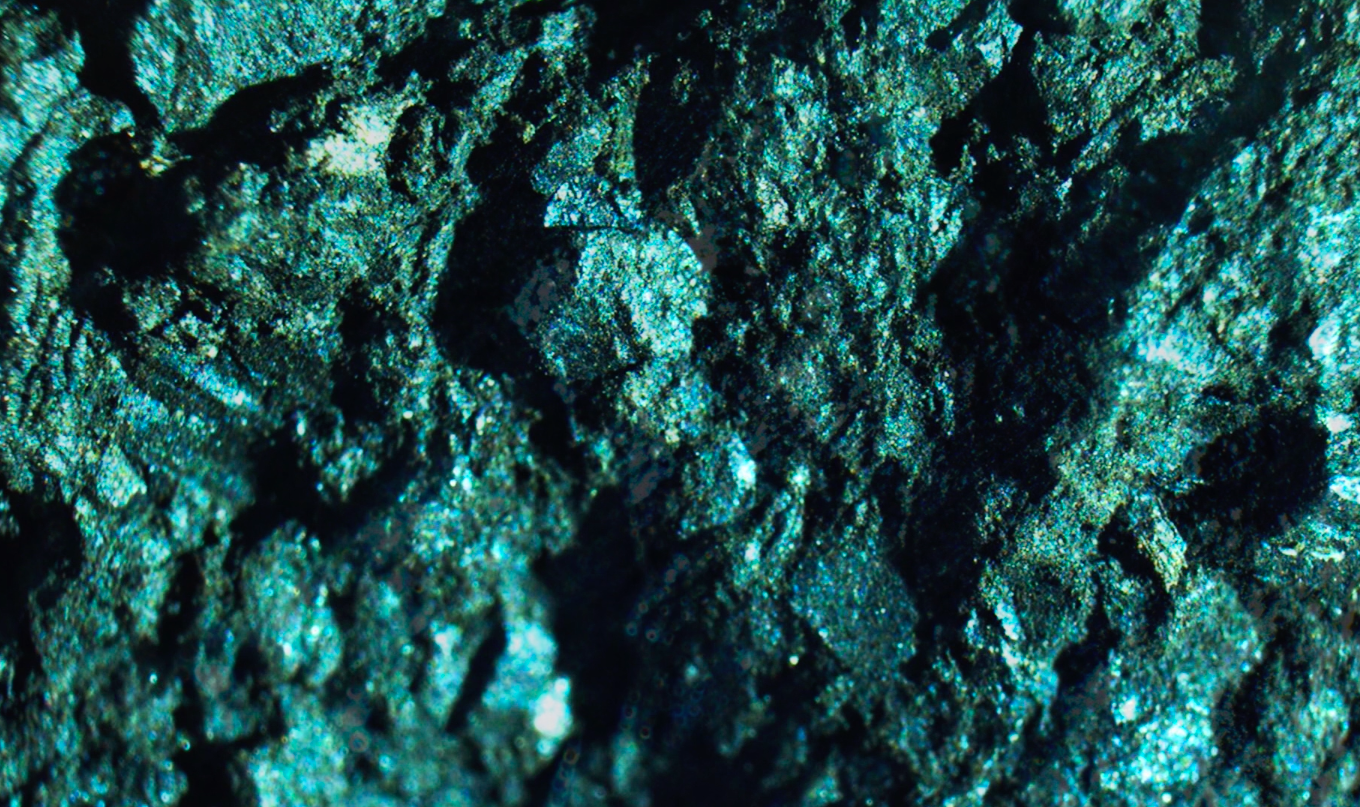 Miriam collaborates with historian Martin Poesen, who worked for ENCI for many years in internal and external communication.